I met Noel through an email that he sent me about possibly writing a Guest Post for Reads, Reviews, Recommends. He's blazing his own trail when it comes to marketing his novel, which I'm sure all of us will do at some point in our writing careers. So, I was intrigued, to say the least, and allowed him to hijack my blog for your reading, and hopefully, learning pleasure.
Here's a little something about Noel:
Noel Farrell is a writer and filmmaker living in Ireland. He has recently published his first novel, Booker's World, having decided early into his rejection pile that writers serve their work better by utilising the world of self publishing and building a platform for themselves that wasn't available five years ago. Here Noel writes about the book and how he intends to market it over the Internet in the coming six months.
So, without further interruptions to our regular programming, I present to you:
Marketing a Novel
by Noel Farrell 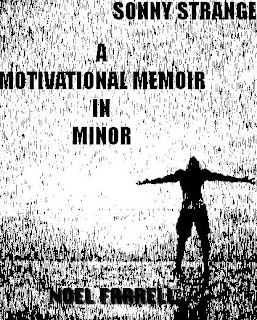 I'd made submissions before I began writing my novel, but mainly for my screenwriting work. It's frustrating spending many months on a screenplay only to have it rejected or indeed in many cases, not even acknowledged at all. I lost my job in the Summer of 2008, and it was then I decided to write a book. I'd looked into the growing possibilities in the self-publishing world and felt it was the best route open to me at the time.
The novel, a coming of age tale about a man who journals his way through the suicide of his best friend against the backdrop of the Irish recession took 10 months to write. After about a dozen submissions, I received six rejections and one offer from a small press. Having given it some thought, I decided to proceed myself as it meant retaining the rights. Over the next 4 months the novel went under a series of proof and copy-edits and was made ready for the printer.
I wanted to do a print run first to see all the hard work in a physical copy. I sourced a printer in Dublin and agreed a price with him for a short run. I eventually launched the book locally last month and made it available via my blog. The reaction so far has been positive. The fact that the character was born in a recession and the novel tackles themes like suicide and addiction which are both ravaging Ireland at the moment made the book both relevant and current.
I have written a blog under the character name since I began writing Booker's World. I always felt that as a writer who may have to self-publish I needed to interact with my readers. My advice for any new writer going it alone is to write a blog and keep it updated regularly. It's a personal interaction between a writer and their readers. I've made good friends along the way and it's nice to know that the book is now on four different continents now. I think writers like that kind of thing.
I'm holding off on the ebook version until the middle of the Summer. Without a mainstream publisher, digital publishing offers opportunity to writers that print simply can't offer. The market is huge, but competition is fierce. Writers need to find new ways of promoting and marketing. 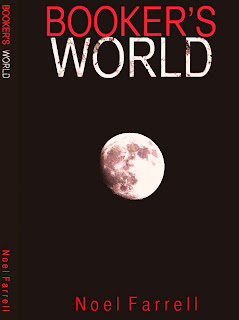 I wrote a short novella last year and made it available as a free download on-line. It's 12,000 words long and is again a recessionary tale about a man who attempts a career in motivational circles via an on-line guru. I then decided to combine my book and novella by meeting up both books protagonists and created a web series.
Basically we have two guys who's lives have not quite turned out as they would have wished, but who are determined to plot a way forward together while making their own statement on the Ireland of today. A lot of the characters from both books appear in the web series and we shoot in early June. I've managed to attract some top talent to the project. I've built up a blog following and a Facebook following so I'm hoping the series will have a positive impact when it comes to pushing ahead with the ebook. I find readers come back for more because you can involve them. They know all that is happening with the writer and they have something to look forward to, be it through the blog, free downloads and the upcoming web-series which brings a visual element to everything.
It's an exciting time for writers. The ball is slowly coming back into their court. Readers don't want to be constantly plagued by offers to read your work. In my case, the personal interaction with readers is what counts. They come to know you and your work and it's an old cliche, but word of mouth has always been the best form of advertisement. Every writer would like a team around them, whether it be an agent, a publisher of indeed a great editor. That would free us up to do more of what we love, which is writing. Until those things fall into place the writer is responsible for everything. If writers believe in their work through thick and thin, they will get there. How fast? Well that depends on the lengths you are prepared to go. Creating the web series is a bonus for me due to my interest in film-making. It's a new angle, but with digital technology now open to everyone, don't be surprised if it becomes more popular in the years ahead as the Internet continues to impact more on our daily lives.
Noel's Blog
Free Download
Web Series
If you have any questions for Noel, please make sure to ask them in the comments section. He would be happy to answer them for you. Happy interacting!