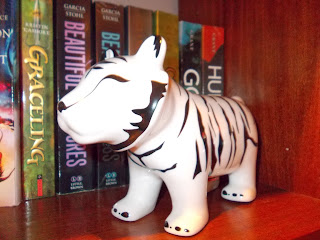 Thinking about what superstitions to post this year, I decided to go old school and write about a superstition everyone knows about. Cats. The inspiration for this choice comes from the black cat the roams the mall I frequent on a weekly basis. When I saw her twice in one day, I thought, why not? So, here’s what you need to know:

The cat occupies a central position among animals credited with supernatural powers, and in consequence cats throughout the world are associated with a wealth of superstitions. The ancient Egyptians bestowed divine status on it and in no circumstances would they kill one (a crime punishable by death). Whole households went into official mourning if a cat died and the corpse would be buried with much ceremony. It was from ancient Egyptian superstition, in fact, that the modern belief that a cat has nine lives was derived.

In later centuries the cat became closely identified with witchcraft throughout Europe and even today no depiction of a traditional witch is complete without her black cat, the form into which sorcerers were often said to transform themselves. Such cats were, it was alleged, fed on the blood of their mistresses. Many people once believed that kittens born in May, a month particularly associated with the dead and with the practice of witchcraft, should be drowned at once. They would also show reluctance to discuss family matters if a cat was present, just in case it was a witch’s familiar or even a witch in disguise. In Eastern Europe, cats were often marked with a cross to prevent them turning into witches, while in France cats suspected of being witches were often caged and burned alive.

Most significant of all is a cat that is entirely black is color. A black cat that crosses a person’s path bestows good fortune and enables the person concerned to make a wish (though the opposite is maintained in the USA, Spain, and Belgium, where white and gray cats are preferred and a black cat brings only bad luck). Variants on this belief, however, suggest that a black cat that turns back or is seen from behind may actually be a bad omen. None the less, the symbol of the black cat as a harbinger of good luck is ubiquitous in the British Isles at least, where simply touching such a creature is lucky and where they are a common motif on good luck cards and so forth. White cats are widely distrusted throughout Europe, while stray tortoiseshell cats are most unwelcome in the home for fear that they bring bad luck with them. Cats should never be bought with money, incidentally, for doing so means they will never be good mouse-catchers.

A sneezing cat promises rain but is generally a good omen, unless it sneezes three times, in which care all the family will suffer colds. A cat that sits with its back to the fire knows that a storm or cold weather is on the way, while one scratching a table leg warns of an imminent change in the weather. Cats wash themselves or frolic with abandon when wet weather is in the offing, but if they choose the doorway for their ablutions this is taken as a sure sign in parts of the USA that a member of the clergy is about to arrive. If the cat washes its face over the left ear a female visitor is on her way; if it washes over the right ear a man should be expected.

Cats bestow good luck on newly-weds if they appear next to the bride, but must be caught and killed if they jump over a coffin, as this is thought to put in peril the soul of the deceased. Killing a cat is ill advised, however, as this is enough to sacrifice one’s soul to the devil, and even kicking a cat lays one open to rheumatism. People are warned, moreover, not to allow a cat to sleep with their children for it may, claim ancient authorities, suck their breath and cause them to die.

Folk medicine recommends drawing a cat’s tail across the eyes to cure a sty and suggest a similar treatment for warts (though only done in May). Stuffing a cat’s tail up the nostril, meanwhile, will staunch a nosebleed and pressing a dried catskin to the face will relieve toothache. Dressing wounds with a preparation made from a whole cat boiled in olive oil was also formerly suggested in the treatment of more serious injuries, and gravy made from a stewed black cat was credited in the southern USA with curing consumption. Other sickness in the family may be treated by washing the patient and then throwing the water over the cat, which will take the disease out of the house with it as it flees. Cats should be particularly discouraged from jumping on to pregnant women, as this may cause the death of the unborn infant.

Miners are reluctant to say the word cat while down the mine and have been known to refuse to work underground if a cat has been seen below and allowed to live. Sailors and fishermen, though, like to take a luck-giving black cat on their voyages with them, but dislike hearing a cat mewing on broad a ship as this is a warning of difficult times ahead—while a cat that plays excitedly is indicative of a gale. Should a ship’s cat be thrown overboard or shown any other cruelty, the perpetrators are sure to be instantly punished by a severe storm. Shutting a cat up in a cupboard or trapping it under a pot is widely believed to raise up a strong wind, and the wives of seafarers will often keep a black cat at home to preserve the luck of their husbands while at sea.

Imagine that? All the things we didn’t know about cats. I rather like the black cat equals good luck and making it into gravy can cure consumption. Aren’t you happy we live in the 21st century? Then again there are moments during this technology infused age where superstitions are still alive.

Have any superstitions you’d like me to focus on this month?