Looking for something new to watch? With all the new shows out there worth your while, try The Last Ship. It's post-apocalyptic unlike anything you've seen.

A virus kills a majority of the earth's population. A single naval ship holds the possibility of a cure. They must survive at all costs. To bad the Russians know what they have. Stand offs, suspense, scavenging for supplies, and strategy, strategy, strategy.

The show has drama, action, and suspense. It also doesn't hurt staring at Eric Dane (aka McSteamy) in a US Navy uniform.

So far The Last Ship is five episodes into the first season and was already renewed for a second. I say watch the first three episodes. If it doesn't hook you then you can go about your business. But I have a feeling you'll want to know what happens next. Watch the trailer and see what I mean:

50 Shades and Red Rooms of Pain

If I'm being completely honest, I read the 50 Shades trilogy for the sex. And let's be honest, much of the books are about the sex. Story-wise, there are nuggets, but really it's about the sex.

With the trailer releasing yesterday, the lull of 50 Shades silence has been broken. Tongues are wagging, faces are being fanned, and people are watching the trailer more than once. I've done all three of these things.

Based on the trailer alone, I can see that the movie will be better than the book. The reason for this is movies have the ability to condense narrative, taking the key moments in a book and adapting them onto the big screen. Since there's very little in the books that can be adapted story-wise, a movie is the best place to elevate the romance between Anastasia and Christian.

The question now becomes which sex scenes have been adapted into the movie. According to the trailer the Red Room of Pain is definitely there. How could it not be? But what about everything else? What will hold this movie together in between sex scenes? Finding answers to these questions is one reason to flock to the theater come Valentine's Day 2015.

No comments:
Let's start with some morning inspiration: 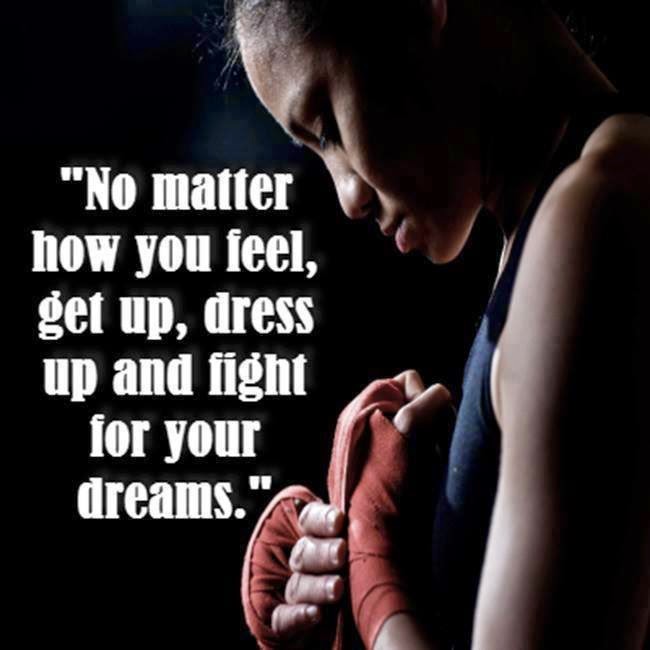 When editing, I like taking breaks by watching anime. The episodes are only twenty minutes long. Just enough time to relax before jumping back into the fray. 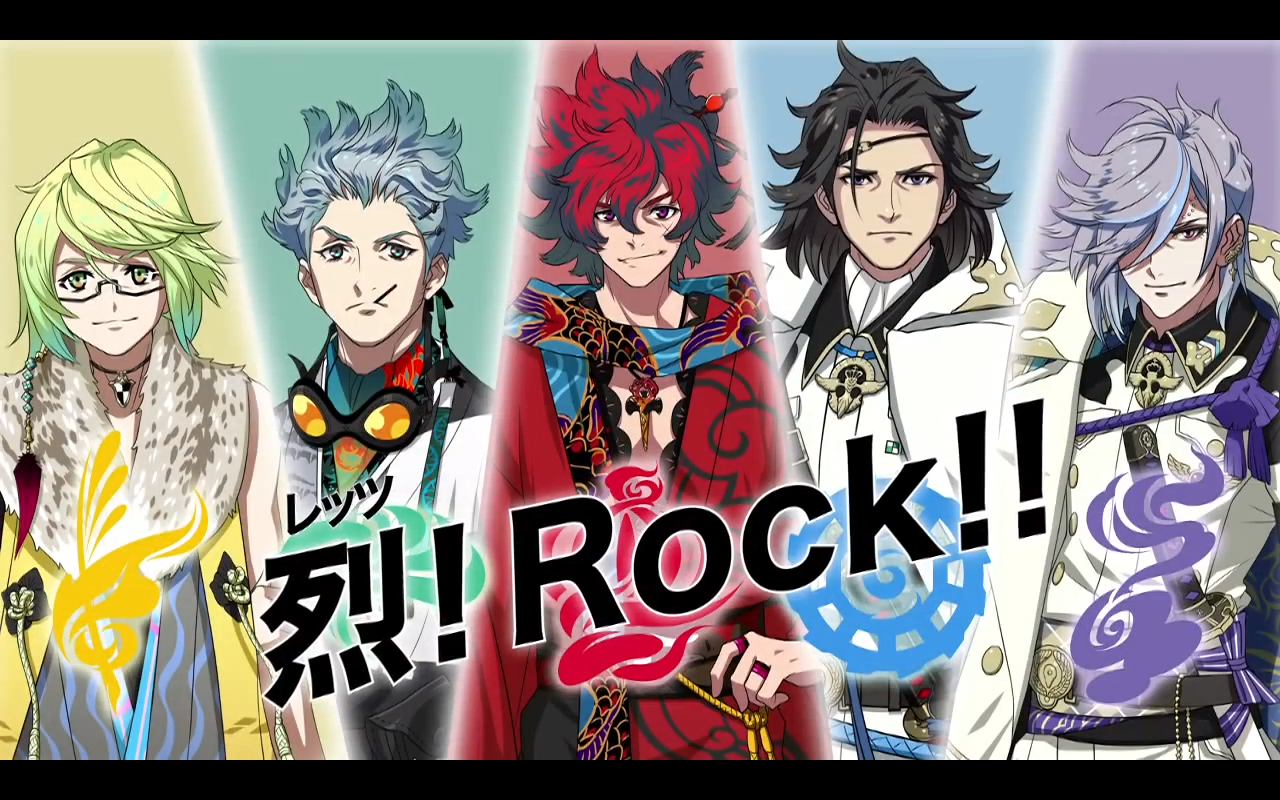 In the Bakumatsu era, at the end of the shoguns' rule over Japan in the middle of the 19th century: the Tokugawa shogunate uses the brainwashing Heaven's Songs by the top idols in Shinsengumi to subjugate the country and its people. In this Japan, writing or singing any songs besides the Heaven's Songs is a capital offence. Sakamoto Ryouma and the other rockers rise up and change the world with rock 'n' roll for freedom and justice.

I'm only two episodes in and already captivated by the story line and the humor. There are moments when the plot makes absolutely no sense, but there's something about it that pulls me in anyway. I guess it helps that Bakumatsu Rock has its fair share of bishōnens. I've got to have my pretty boy fix. Nothing creepy about that at all.

If you're a fan of music-themed anime and don't mind a little bit of quirk like a drag queen owning a pizza shop who loves watching the main character chop wood (abs galore), then try Bakumatsu Rock and let me know what you think:

I remember the first time I saw white Doc Martens. I grew up wearing the brand to school, but always the black ones. Mary Janes or Boots. Whatever. Just black. I didn't even think they came in other colors. Then I saw white ones and dreamed of owning a pair ever since.

When my brother needed a new pair of boots because his old ones were falling apart, my mother decided on Doc Martens. Since stores are rare here in the Philippines, we waited until our trip to Singapore. That's where I finally fulfilled my dream.

I was so happy that I wore them the next day. That happiness quickly turned to anguish. The leather was so stiff it bruised my feet and slashed the backs of my heels. Docs are famous for their stiff leather softens with time, but pain is still pain. Had I known would I still have bought the pair?

My point is, sometimes dreams that come true can hurt. We may think we want something. When we finally get it things don't turn out the way we expected. I can compare my white Docs experience to my publishing career. Lofty dreams turned out to be more down-to-earth and I'm thankful, but it doesn't mean parts of the journey didn't hurt. Would I have done things differently? Probably not.

With a new pair of Docs you have to wear them constantly--breaking them in little by little--so that they mold to the shape of your feet and the leather grows softer from use. When a dream come true doesn't turn out the way we expect, we have to ride it out until something good comes out of the experience. Just because it hurts today doesn't mean things won't get better tomorrow. Or it may get worse. I don't know.
No comments:

Ten Facts about Til Death 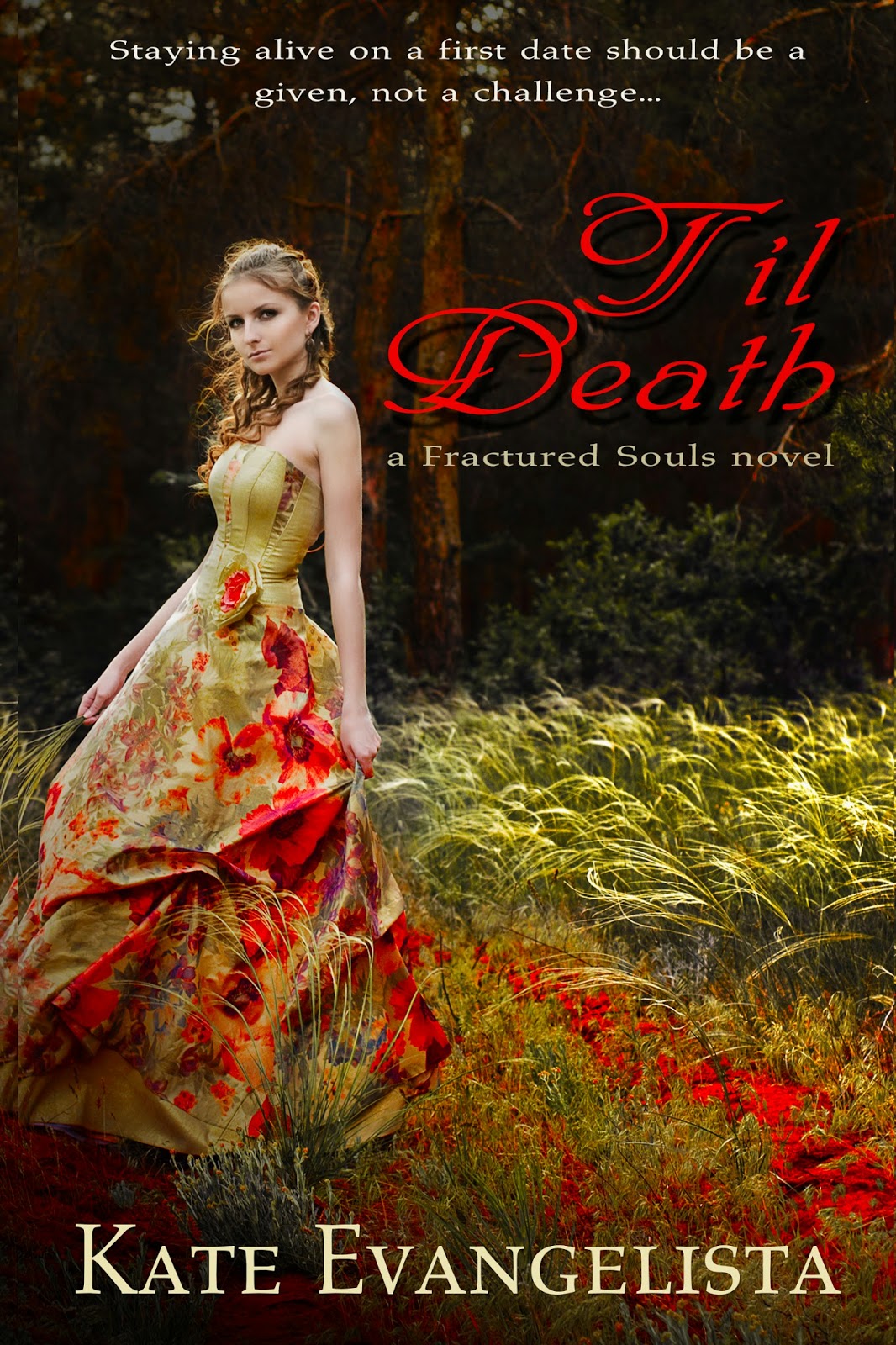 1. If you listen to Pompeii by Bastille mentioned in the book, it perfectly foreshadows the events ahead.
2. Most of the names of the characters have a special meaning like Dillan Sloan, meaning Faithful Warrior.
3. The Illumenari insignia of three interlocking circles symbolizes Strength, Courage, Power. The meeting of strength and power is the body. The meeting of strength and courage is the mind. The meeting of courage and power is the heart. At the center of all three circles is light. Something like this:

4. Til Death uses both the point of view of Selena and Dillan, except Selena’s is in the first person while Dillan’s is in third.
5. The title Til Death actual refers to the portion of marriage vows “Til death do us part.”
6. The word Illumenari, in the Til Death universe, means warriors of light.
7. The Fall Festival is modeled after a fair I went to where I ate way too much corndogs and brazenly rode on the Tilt-a-Whirl afterward.
8. Dillan is the first son of the first son, which is an important distinction in the Illumenari.
9. Newcastle is an actual town in Wyoming, but for the purposes of Til Death it has been fictionalized to suit the story.
10. Dillan’s ’68 GT500 is actually featured in the movie Gone in 60 Seconds.

Find out more by grabbing your copy at the following:

and at a bookstore near you.