Tattoos Are Permanent for a Reason

Tattoos are permanent, so you better think twice before inking your skin. Removal is a painful process and sometimes the outline of the image remains. But I’m not here to debate about the morality of getting ink. I have a tattoo and plan on getting another one soon.

This blog post is about Blindspot, which features a main character found inside a duffle bag in the middle of Times Square. Yes, she was a live when they found her. The premise of the show dances around the fact that she doesn’t remember who she is and her entire body is full of tattoos that represent clues to events yet to happen. These are all connected to an FBI agent named Kurt Weller.

Watched the first episode and about to watch the second after writing this post.

If you know me, you will know that I love watching TV. There aren’t that many shows that feature tattoos as a major part of the plot. Why? Because these shows generally have a short shelf life. There are only so many things one can draw onto the human skin before you run out of space.

You remember this show?

Was the darling of the drama circuit that year. Everyone loved the first season, including me. Younger brother tattoos how to break out of prison on his body in order to save his brother who he believes was framed.

I was hooked from episode one. It wasn’t bad staring at Wentworth Miller week after week either. But after a stellar first season the show went downhill because once they got out of prison there was hardly any use for the tattoos.

It looks like that will be the case for Blindspot. Episode one and already one of the tatts has been used. Only so many to go. But the creator did mention in an interview that he’s aware of thefinite quality of this concept and that he knows where the story is going. But, with the show gaining popularity, who is to say there won’t be a renewal after season one?

We’ll have to see.


Right now, I say the show is definitely worth checking out. Join me in figuring out how long this one will last before it crashes and burns.

So this happened today: 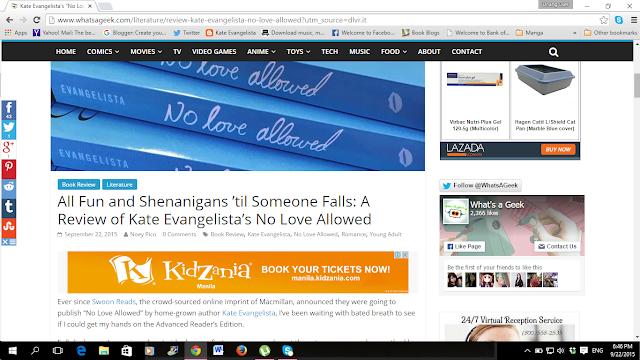 I believe this is the first review for my upcoming novel with Swoon Reads, No Love Allowed. It's on the What's A Geek website, done by the fabulous Noey Pico.

Feelings? Way too many to express in mere words. If you want to read the full review, which I suggest you do, click here. 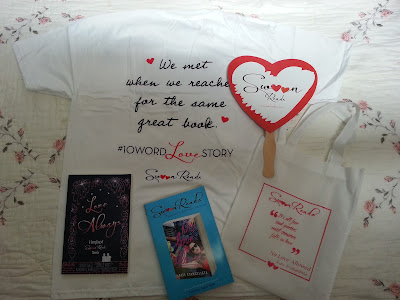 This is all over at my FB Page. Click here.

Come on over if you're interested. Giveaway is INTERNATIONAL.