The end of the year is fast approaching and it's time to put things into perspective. You never realize how much stuff you've accumulated until you have to pack everything up into moving boxes. In an unexpected turn of events, I moved from my condo in with my mother. At first, I was apprehensive. Goodbye, privacy. Little did I know that moving in would become something really good.

Who knew moving one floor up was harder than moving from one place to another? Maybe it's my age. Man, I've never been this tired.

This brings me to the concept of letting go. One thing you need to know about my family is we live a nomadic lifestyle. We move a lot. So moving in with my mom was just another chapter in the journey of going from point A to B.

As I filled boxes with my things, thoughts of moving into a smaller space dawned on me. How was everything going to fit? That was when I realized I had to let go of a few things.

The biggest had to be my books. With the digital age, I've finally given in to switching from physical to electronic. I've also gotten used to listening to my books rather than actually reading them. Although, I do plan on sitting down and reading again. One of these days.

Some books I sold. Most I gave away. I kept a few. Mostly signed copies from authors I love. I even put out a call to my FB friends who might be interested in my complete collections of Lisa Kleypas, Sherrilyn Kenyon, and Ramond E. Feist. I love each these authors to bits, but I couldn't lug around all their books forever. They have given me great joy. Now is the time for them to bring joy to new readers.

I thought the pain of losing my books would be intense. Mostly I feel relieved. I knew they will all go to good homes. Holding on too tightly to things isn't healthy. I learned to slowly let go when Sweetie came into my life and she gifted me with five rambunctious kittens. They may all be grown up now, but that doesn't mean they don't break things.

Now we're all moved in and we're happier than ever. Letting go is like taking off that thick coat when the weather gets suddenly warmer. That sense of relief is real.
No comments: 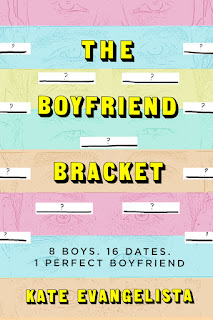 It's Tidbit Thursday and boy do I have a tidbit for you. My first YA novel in hardcover with a Filipina main character is coming out from Swoon Reads on July 3, 2018. I know that is still a ways away, but there are things you can do today to stay updated.

First, you can add TBB to your Goodreads TBR: https://www.goodreads.com/book/show/35796027-the-boyfriend-bracket

Second, you can read the excerpt that I have published on Wattpad. The Boyfriend Bracket is the perfect "big brother's best friend" love story. Here is the full description:

Stella has had a hopeless crush on Will, her older brother's best friend FOREVER, but now that Cam and Will have graduated and are going off to college, this year is her chance to really strike out on her own. Without her overprotective brother and his sidekick around to distract her, she can focus on having all the typical high school experiences that she's always dreamed of—starting with finding a boyfriend! With the help of her best friend Franklin, she comes up with the perfect plan to have a boyfriend by Christmas: The Boyfriend Bracket.

Or it seems like the perfect plan...right up until Will starts showing up again. How is she supposed to find the perfect boyfriend when none of her dates measure up to the one boy she can never have?

This TBB has a strong fashion designer main character and a swoonworthy online comic book artist. The story has something for everyone. Please help me spread the word about this book by telling your friends.

If you have any questions or just want to connect, hit me up.

Also, please stay tuned for a pre-order giveaway exclusive and an ARC giveaway coming your way.

When I'm not writing, I teach creative writing to Grade 11 and 12 students. It's been a revelation. To be exposed to such talent brought my writing back to life. The enthusiasm of my students is catching.

For my Grade 11 Creative Writing class, we have put together a short story anthology that celebrates first love. Every aspect of this anthology was voted for and written by the students. I merely facilitated their journey.

Because of this, I wanted to share with all of you what my students have been up to. The anthology is coming, so expect pictures of the final product. But, for now, I want to share with you the covers I created for the anthology. There are six in all and the students got to vote. The winner will be revealed when the finished product arrives from the printer.

Let me know which one you would vote for in the comments. 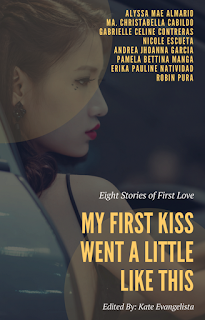 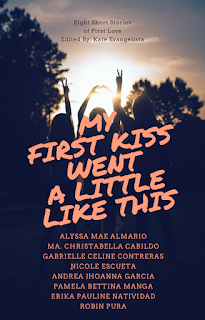 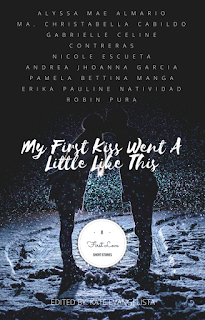 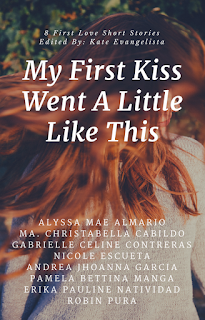 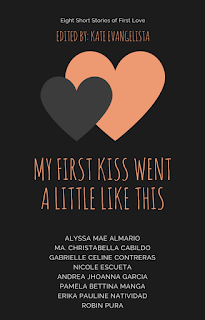 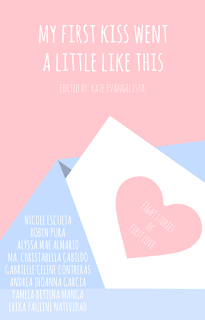 
Are you on Wattpad?

Add GIVE ME SOMETHING TO REMEMBER to your Reading List.
No comments:

Episode 4: The Path, Abu Dhabi, and Getting to Know Kate

a Rafflecopter giveaway
No comments: 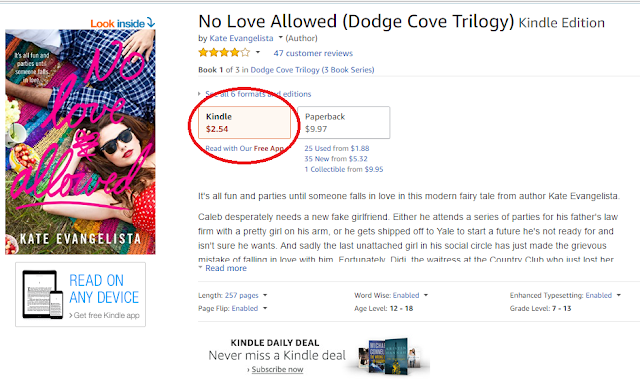 To celebrate the impending release of NO SECOND CHANCES (May 16, 2017), NO LOVE ALLOWED is on SALE. Grab your copy before prices go back up! Click here for link.
No comments:

Dear White People. Coming April 28 on Netflix. This is at the top of my binge watch list. I dare you not to laugh while watching the trailer.

Episode 2: The Ruination of Rory Gilmore


In this episode, Kate breaks down why she thinks the character of Rory Gilmore was ruined in the Year in the Life episodes. This is the thoughts of a fan to fans and non-fans. A bit rambly, but it all makes sense.
No comments:

I made a thing! 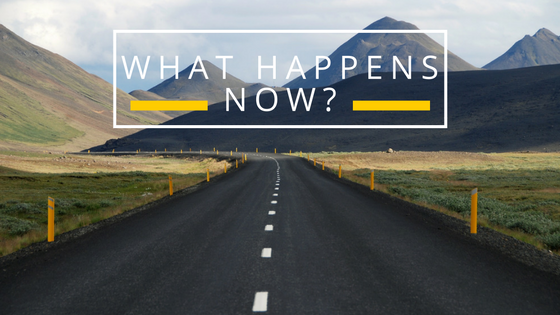 What happens when you're done writing the novel and you've edited it for the hundredth time and you've sent out queries? You start the next novel. John Grisham didn't become famous for his first novel, A Time to Kill. He got famous for his second book, The Firm. The thing is, John Grisham didn't stop writing. Even if A Time to Kill flopped, he kept on writing. He kept going, and if he didn't, then The Firm wouldn’t have happened. Another example of this is Dan Brown. The Da Vinci Code isn't his debut novel. It's actually his what, fourth? Angels and Demons came before it and a couple more books before that.

If writing is really want you want to do for a living, you can't bank on just one novel. I'm sure you have more in you than just one novel, right? Right? Okay, Harper Lee only has two novels (that we know of), but we can’t all write the great American novel, now can we? Even Nobel Prize winners have more than just the novel they won for.

Writing is a process that keeps evolving. Lisa Kleypas, Nora Roberts, and many of the romance novelists like them, come out with at least one novel a year. Or you can be as prolific as Tom Clancy and come out with two or even James Patterson who can come out with three. Okay, the latter is unsubstantiated, but with all the new James Patterson books I see on shelves, it does look like he can dish them out by the dozen, right?

What do they all have in common? They keep writing. The moment they finish a novel, they start another. Sometimes, they work on multiple novels at the same time. It's all about getting as much done as possible. We all have more than just one novel. In fact, we have multiple. I'm sure you have characters in your head that you weren't able to add to your first novel, so why not give them their own story? Basically, it's write, write, and write some more.

But, what about a break from writing, you might ask? Well, breaks are always good, except you don't want to lose your momentum. Like anything that needs practice, if you don't get cracking for a while, you'll get rusty. What about what you’ve learned from writing your first novel? That can all slip by the wayside if you stop writing. You don't need to get into the grind. Take it a page at a time if you have to. Of course, if inspiration hits, why take it slow? If you feel like writing a hundred pages in one go then more power to you.

Keep on writing!
No comments:

Here is my Christmas confession: I believed in Santa Claus for a VERY, almost embarrassingly, LONG TIME.

Allow me to set the scene for you.

When I was in fourth grade, there was a boy in my class named Scott. We were in the same reading group, we always tied on math tests, and we were the same level of brownnoser when it came to teachers. So of course we were sworn enemies.

(Sidenote: I’m happy to tell you that after years of endless competition, Scott and I became good friends in high school and beyond. Ten year old Sandy would feel absolutely betrayed if she knew that as we got older Scott and I were such good friends that I even attended his wedding. But I digress.)

The problem with Scott is that I could just never beat him. And then one day, he brought up Santa Claus and insisted that he didn’t exist. I knew for a fact Santa was real. And I could prove it to him. He was not going to win this debate.

“Okay, so if Santa isn’t real, how come my older sister still believes in him?” I asked. “She’s twenty and she told me she saw Rudolph on the roof of our house once.” I said this with the kind of confidence only a ten year old debating the reality of Santa Claus can say things.

He scoffed. “She just told you that to make you believe. Your parents probably told her to say that!”

“They would never!” I said, completely indignant. “Also my parents don’t have enough money to buy all those toys and presents. They have four kids.”

“They save up all year or something,” he said. “And how are we supposed to believe that Santa does it all that in one night?”

I don’t remember exactly what happened after that, but I know I felt triumphant about the argument. I was certain that I’d won and completely sure that Santa was real, as if I had talked myself back into believing at a time when that belief had been wavering.

And no joke, that debate fueled my belief in Santa for at least another two years. I was filled with righteous indignation.  To the point where a couple Christmases later, the same older sister who told me she’d seen Rudolph finally sat me down to tell me the truth. Luckily I was older and wiser and didn’t feel as indignant.

But it was nice to hold onto my childhood a little longer.

Santa continues to be near and dear to my heart. He is real as the spirit of Christmas is real. Thank you for sharing your story with us, Sandy. It was a pleasure hosting you on the blog. Looking forward to your next book.